Learn all about the Oculus before you visit the World Trade Center in New York. This guide covers the Oculus history, architecture, things to do, travel tips, and more. 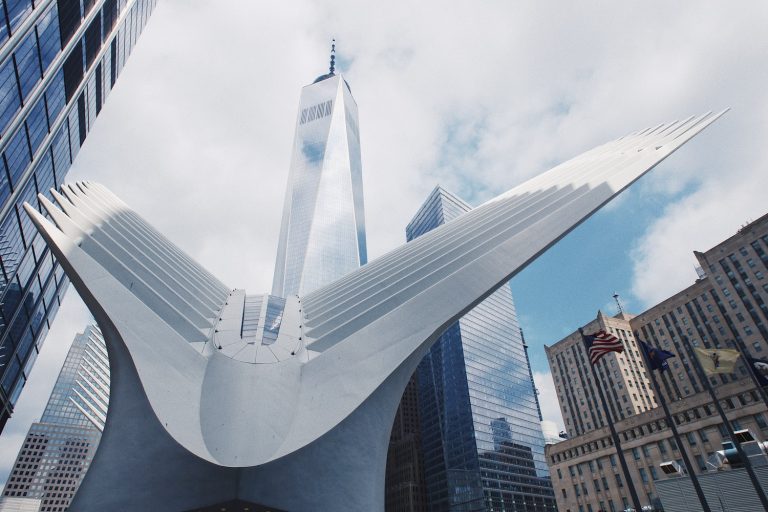 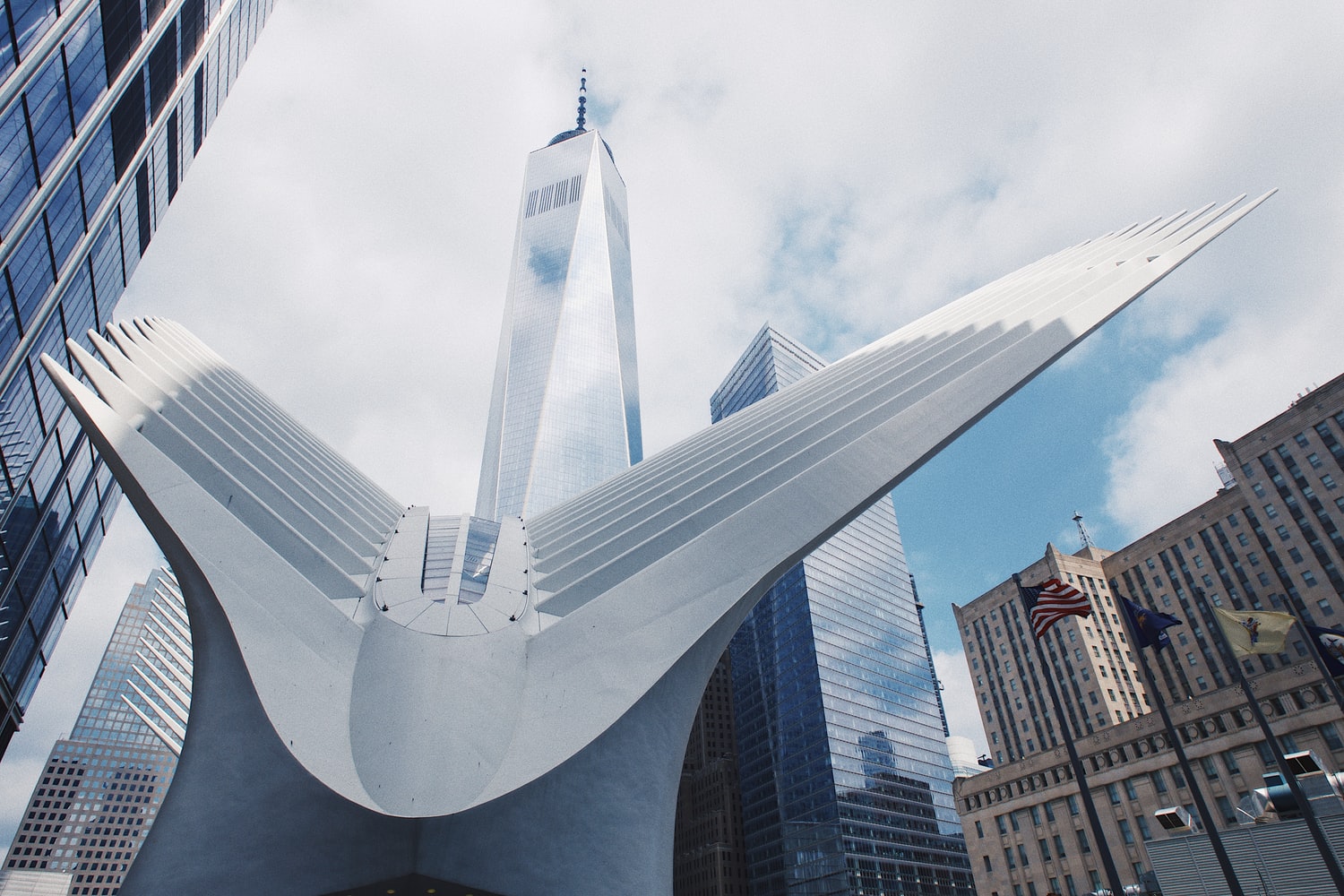 When you visit the 9/11 Memorial at Ground Zero, you’ll probably notice a large white building with steel, wing-shaped tips reaching toward the sky. That’s the Oculus, a transportation hub and shopping mall built alongside the One World Trade Center.

The building is one of many that were included in the city’s plan to rebuild the World Trade Center after September 11. If you’d like to see this magnificent structure up-close, you can. In this post, I’ll share a little about the history of the Oculus, including its design, Ground Zero connection, and how to visit when you’re here in New York.

Why the Oculus Was Created 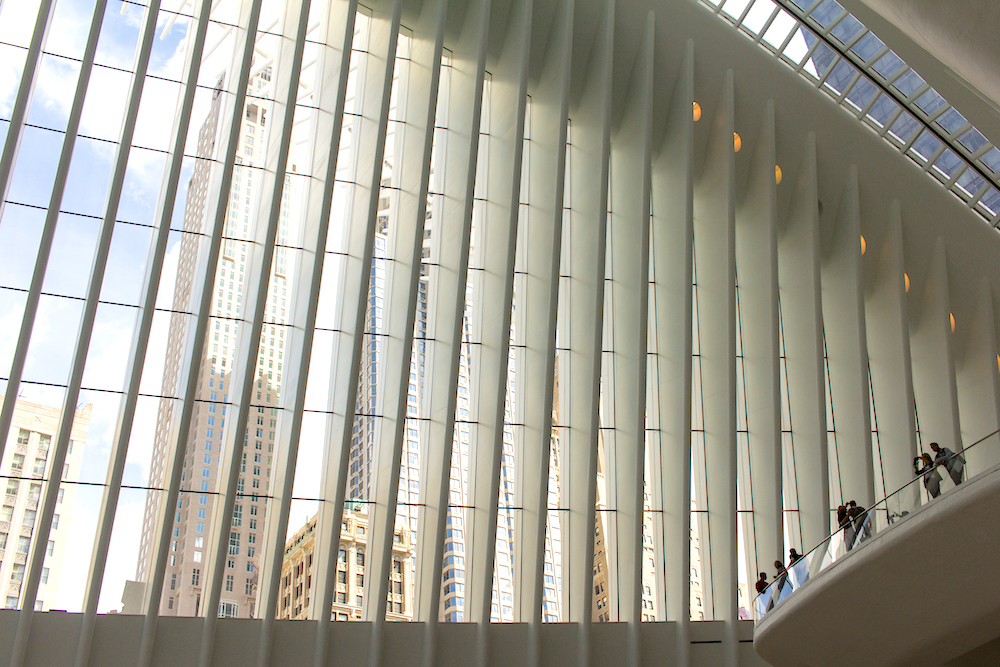 After the devastating September 11th attacks, plans were quickly put in place to rebuild and reimagine the World Trade Center. These plans included the idea for a transportation hub that would bring business and people back to the area — the Oculus.

By 2004, construction had begun, and 12 years later, the Oculus opened to the public. As a project with a commercial and artistic focus, the Oculus has come to represent the city’s strength and a beacon for resilience.

Even if you don’t plan on using any of the transportation available at the hub, visiting the Oculus is unforgettable. There’s no building like it in the world, and a visit here is a nice capstone to your tour of Ground Zero.

History of the Oculus: Building After 9/11 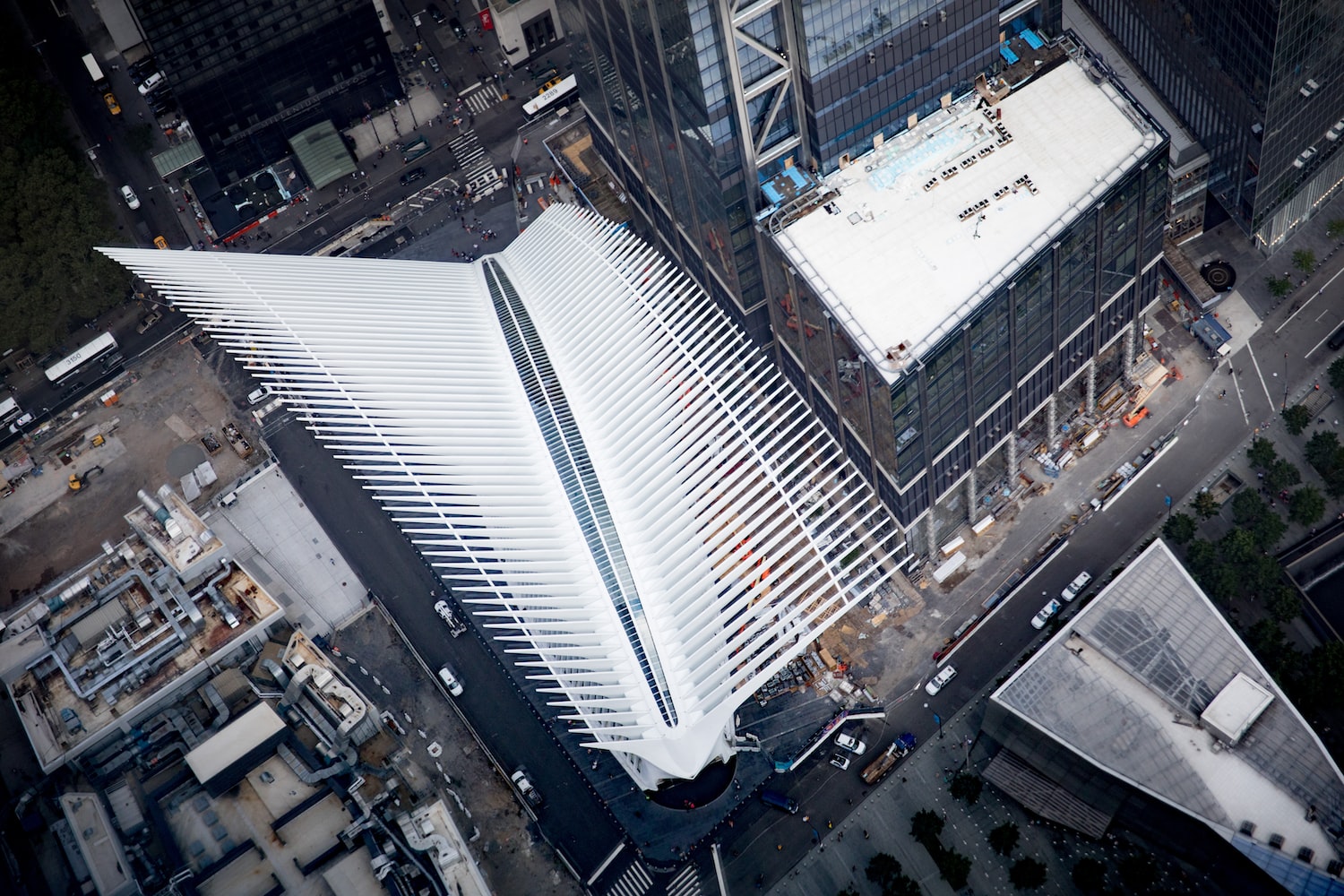 Many people tend to forget how much damage was really caused by 9/11. The entire World Trade Center, all seven buildings, were completely destroyed, along with the PATH train station that served millions of commuters traveling to Lower Manhattan.

When rebuilding plans were discussed, one of the first major issues to tackle was building a new station. City planners decided that the new station would be a combination transportation hub and shopping center — a place that attracted residents and tourists alike.

Design of the Oculus 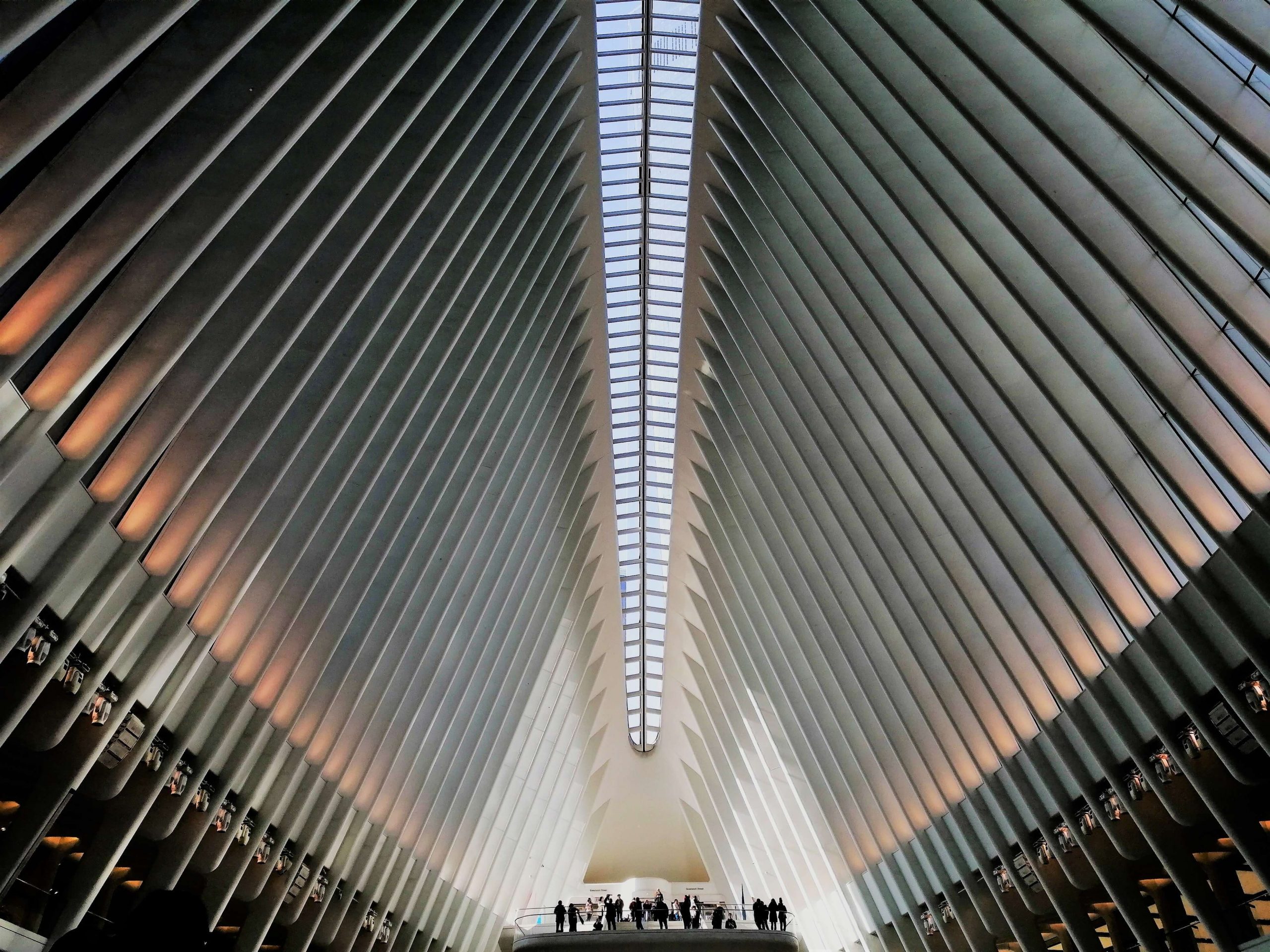 The Oculus was designed by Spanish architect Santiago Calatrava. He intended it to resemble a dove leaving a child’s hands. You can see it in the tall, crossed steel columns that make up the exterior. Together, this series of columns forms a pair of 350-foot wings. 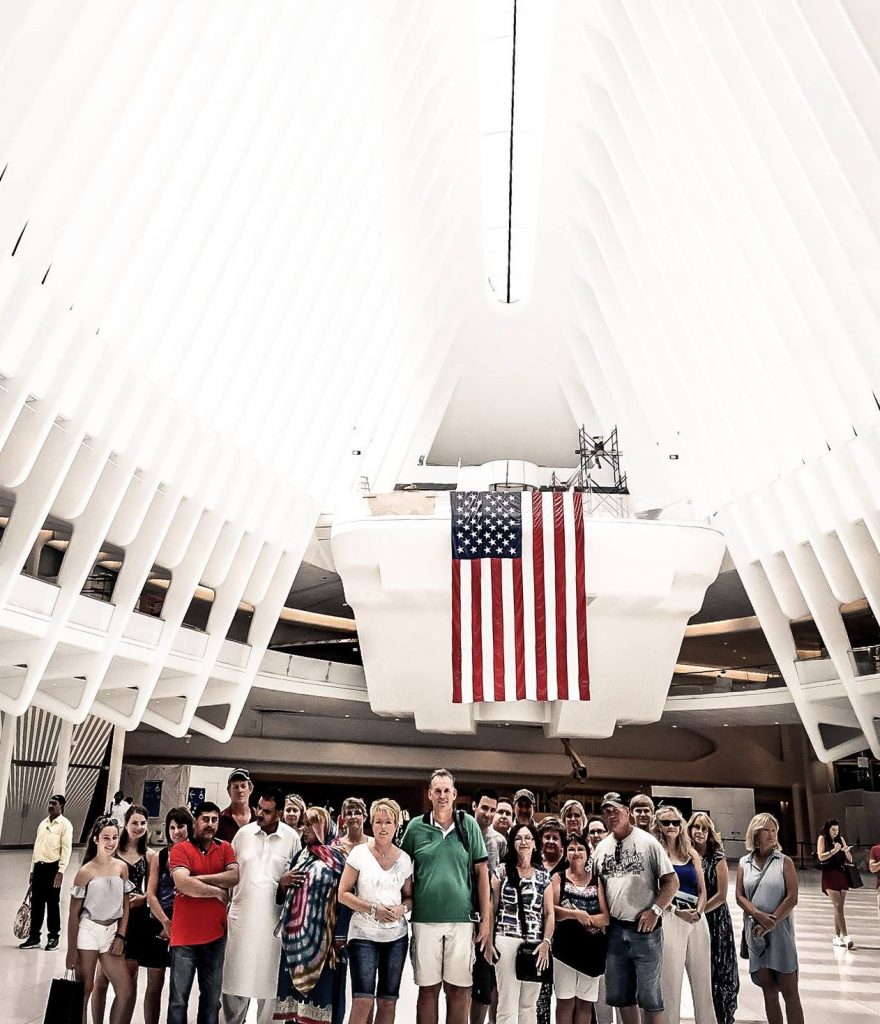 Here’s a group photo we took on one of our tours. Note how bright the interior is. You can almost feel the New York sunshine.

Why is the Oculus named “the Oculus”?

The name comes from the strip of windows, or skylights, along the spine of the roof. Oculus is the Latin word for “eye,” which, in architecture, refers to a round or eye-like opening with a view of the sky. Take a look up through the windows, and you’ll see Freedom Tower.

This opening also allows sunlight to pour in each morning. The angle of the windows is particularly placed so that every year on the anniversary of the attacks, the sun shines directly through the skylight and illuminates the main hall at 10:28 a.m. (the time of the collapse of the second tower). It’s called the “Way Of Light.” Calatrava positioned the building slightly tilted from the street grid in order to achieve the effect.

While the complex design was responsible for several construction delays, the building is now a regular destination for visitors to Ground Zero. People love to take photos in and around the monumental structure (more on this below).

A Transportation Hub for New York 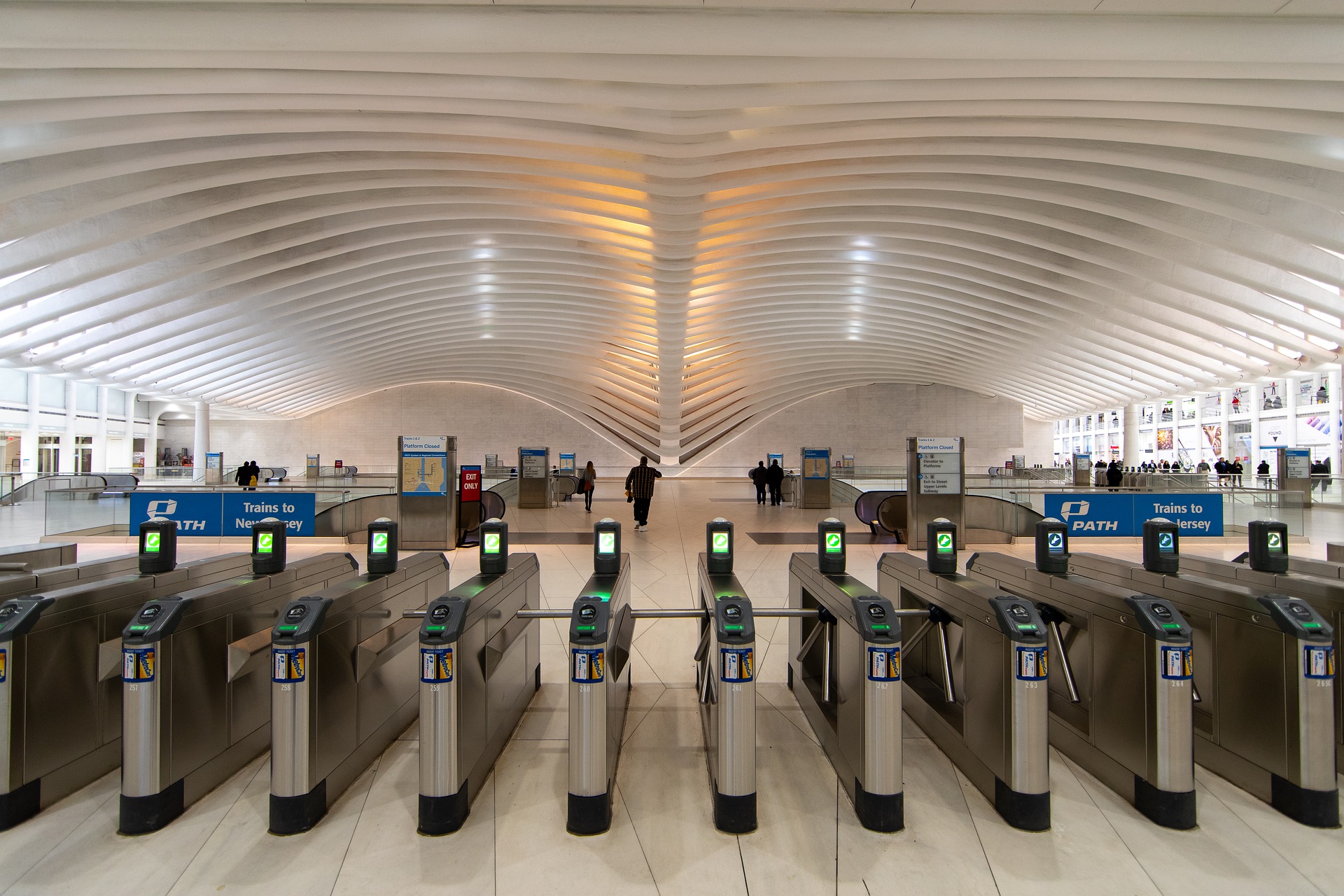 The Oculus also connects people from all around the city — and around the world. Commuters using the Oculus will find trains leading to New Jersey and across NYC. As it was intended, the station serves the PATH train, but it also makes a direct connection to over 10 other subway lines.

Here are some impressive stats for you to get an idea of how busy this hub really is: 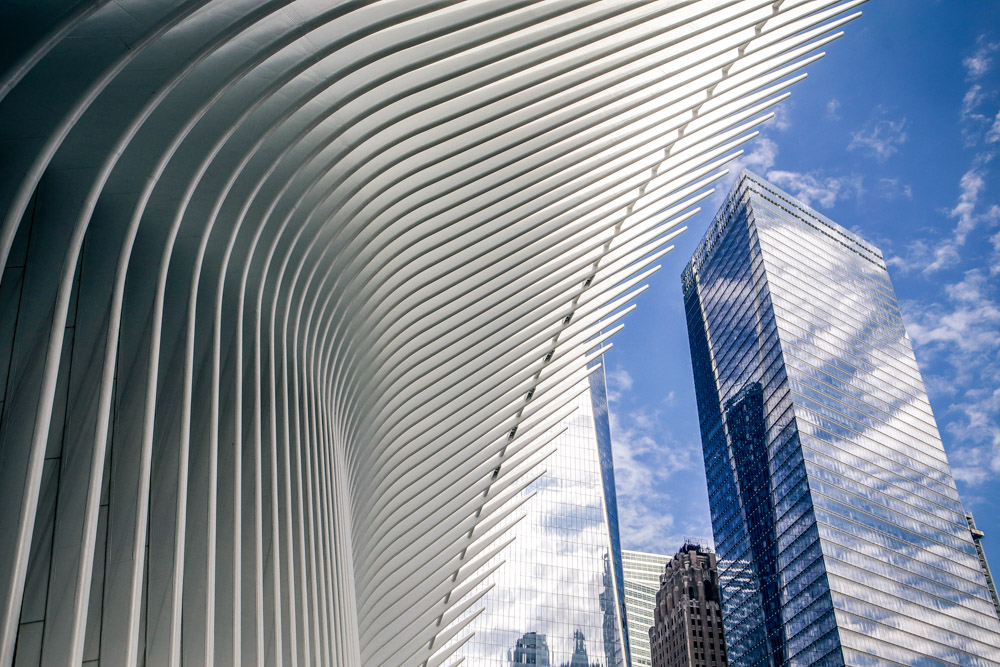 While the Oculus has become an essential resource for many, it’s been criticized for its high cost and construction delays.

The hub opened 10 years later than was originally promised. It also cost more than first went into the budget.

Calatrava was given $2 billion dollars to create his design. When all was said and done, he actually doubled the budget with a building cost of $4 billion. There were a few causes for the high price tag: the elaborate design, having to speed up the pace of construction, and the delivery of custom-made materials, for starters. Today, the Oculus is considered one of the world’s most expensive train stations.

What to Do Inside the Oculus 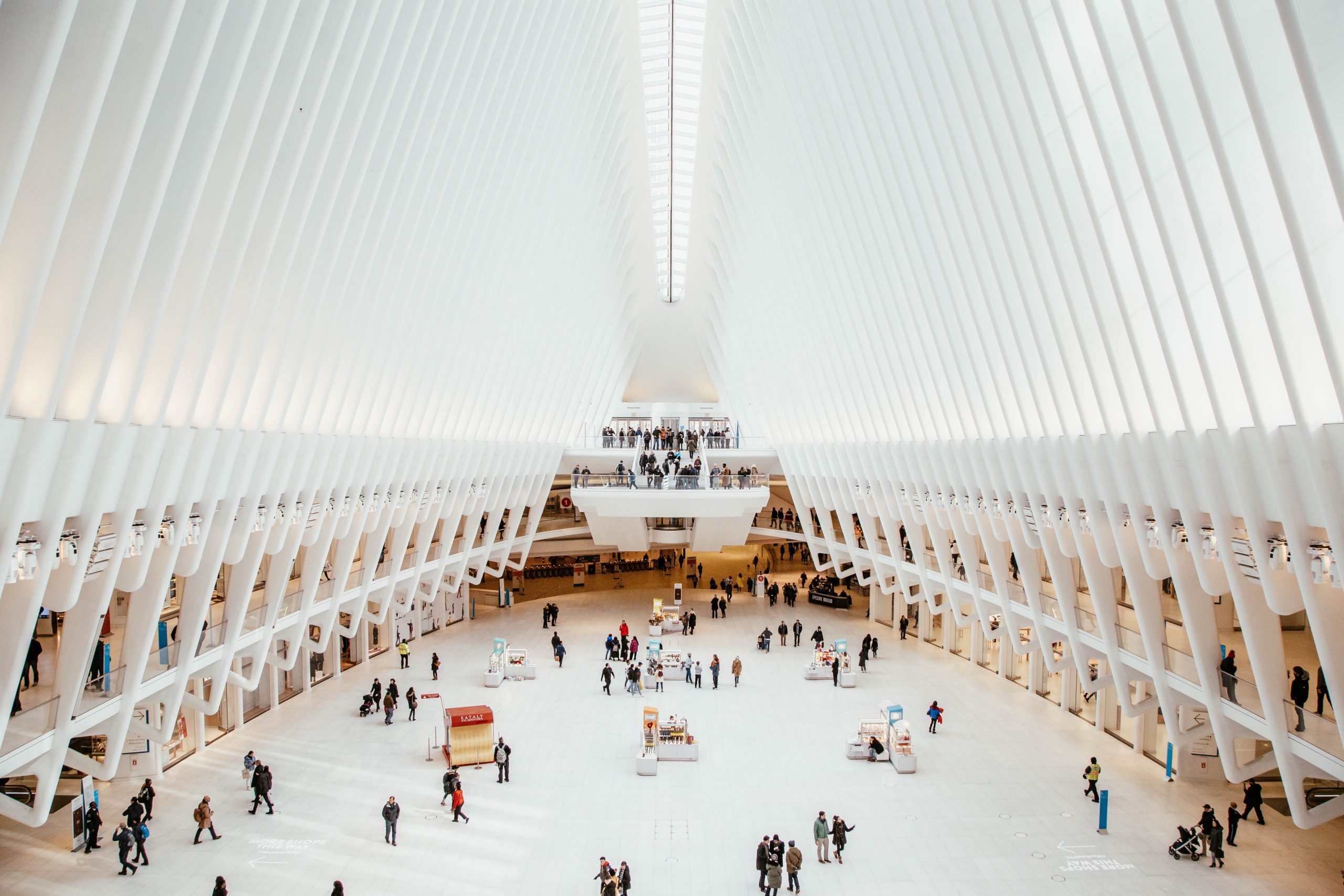 As a show of support for the new World Trade Center, several high-end shops have opened inside of the Oculus. It’s not only a hub for commuters but a one-stop shop as well. You can buy clothes, get your iPhone fixed, or feed your sweet tooth. There’s over 350,000 square feet of retail and dining space.

Here’s some of the shops you’ll find inside the Oculus, among many, many others:

Besides shopping, this really is a great place for photos. Whether you just want a pic for Instagram or you’re looking for that perfect group shot, the open spaces and striking interior make for a perfect setting. 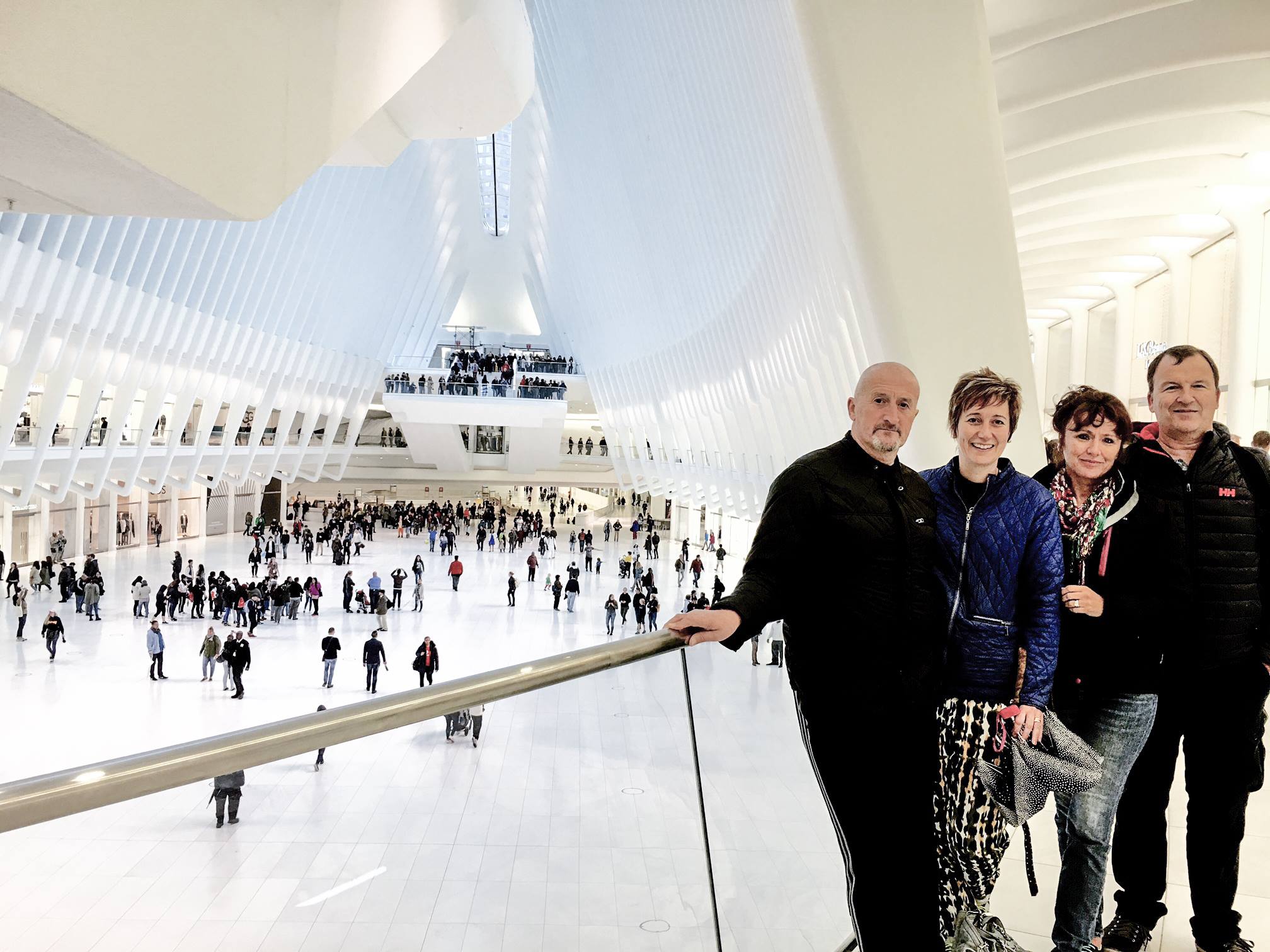 One great photo op is to go up to the second level and shoot across the main transit hall so you can capture the steel ribs of the roof above.

See what I mean in the photo above, another one taken on a tour. 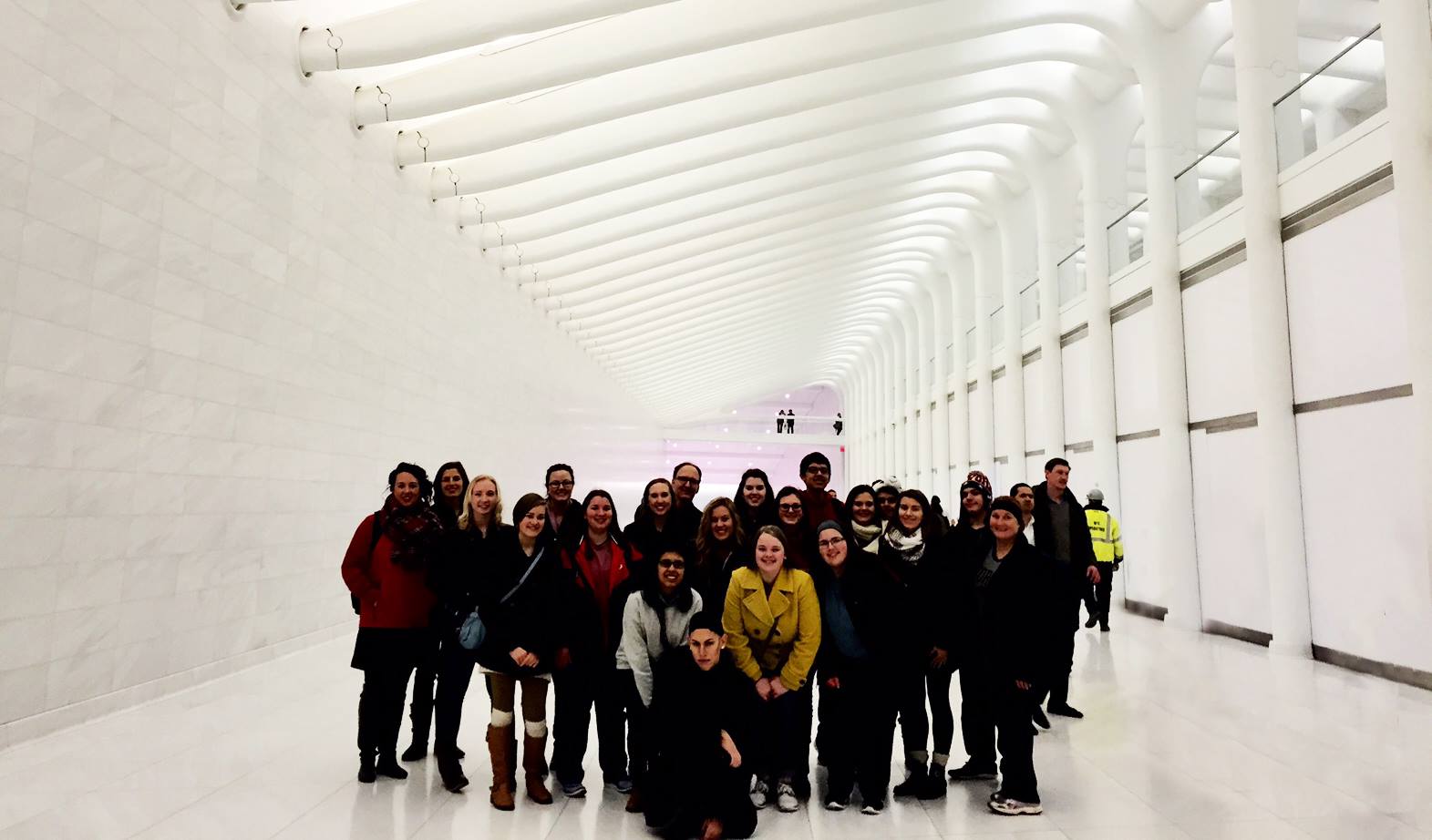 Or try a side hallway when the crowds clear and snap a quick group photo against the bright white background.

Visiting the Oculus is more fun with friends!

The Best Way (and Time) to Visit the Oculus 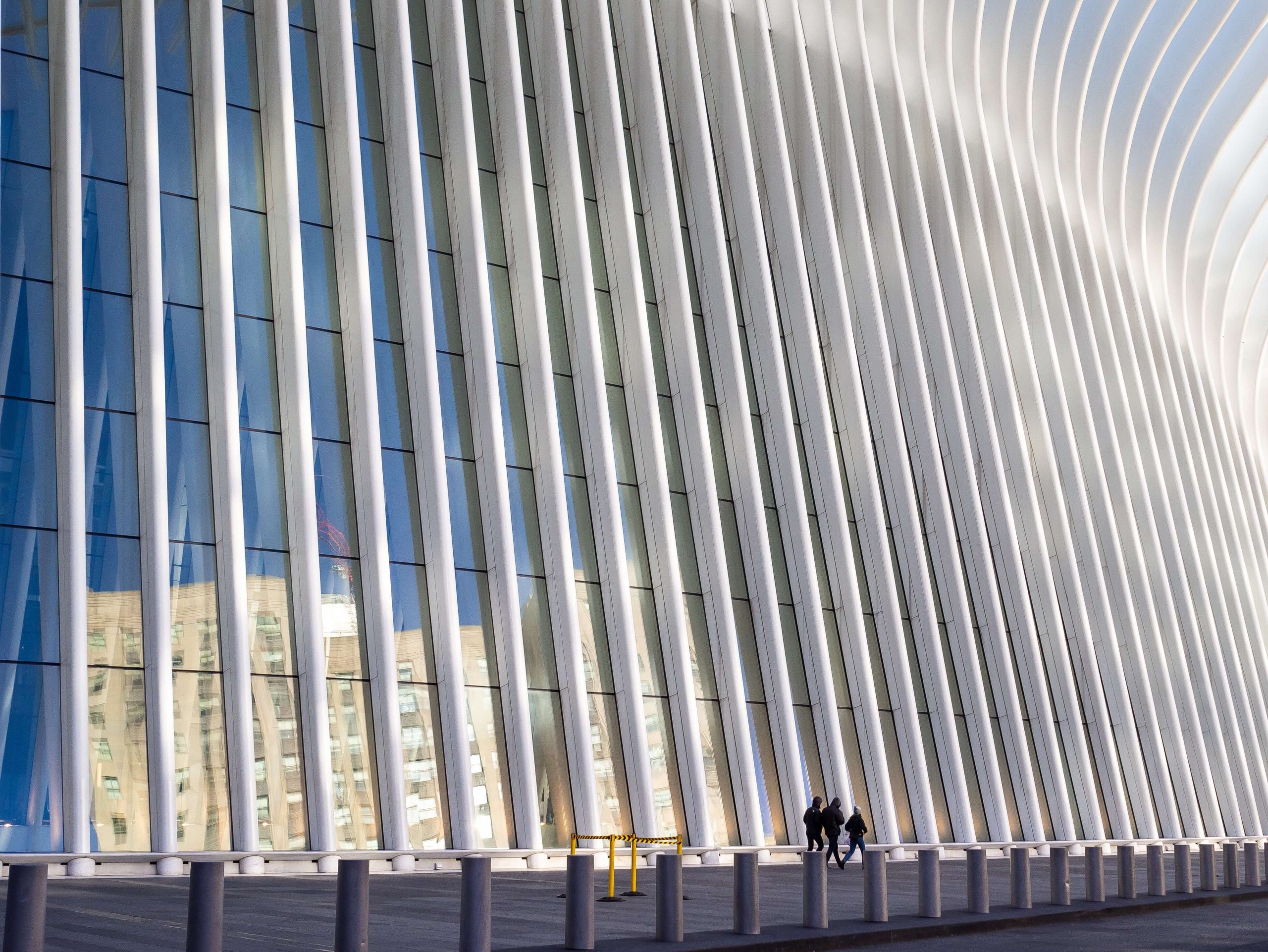 With the heavy amounts of commuters coming through the Oculus each morning and afternoon, the best time to visit is really any time outside of rush hour. During the week, you’ll find it the least crowded from 11 a.m.-3 p.m. and then again after 7 p.m.

Technically, the building is open 24/7, so you could stop by even late at night. If you visit after sunset, you’ll also notice the building is lit up, its elliptical center positively glowing. It’s a pretty cool sight.

Saturday and Sunday are relatively slow. Crowds sometimes come in waves, but the weekend tends to have lighter traffic, making it a good time to visit.

Guide tip: Because the Oculus sits directly across from the 9/11 Memorial, it’s a great place to grab a bite to eat or do some shopping before or after your visit.

My favorite part about the Oculus is just the experience of walking through it. The architecture is unique and feels otherworldly at times. It elevates the everyday experience of catching a train.

Another bonus of the building is its straightforward navigation. Calatrava specifically designed the layout with ease of direction in mind. It’s very easy to tell where you are, where you’re going and where you’ve come from. It makes you feel more comfortable to just walk around and explore.

How the Oculus Moves Us Forward 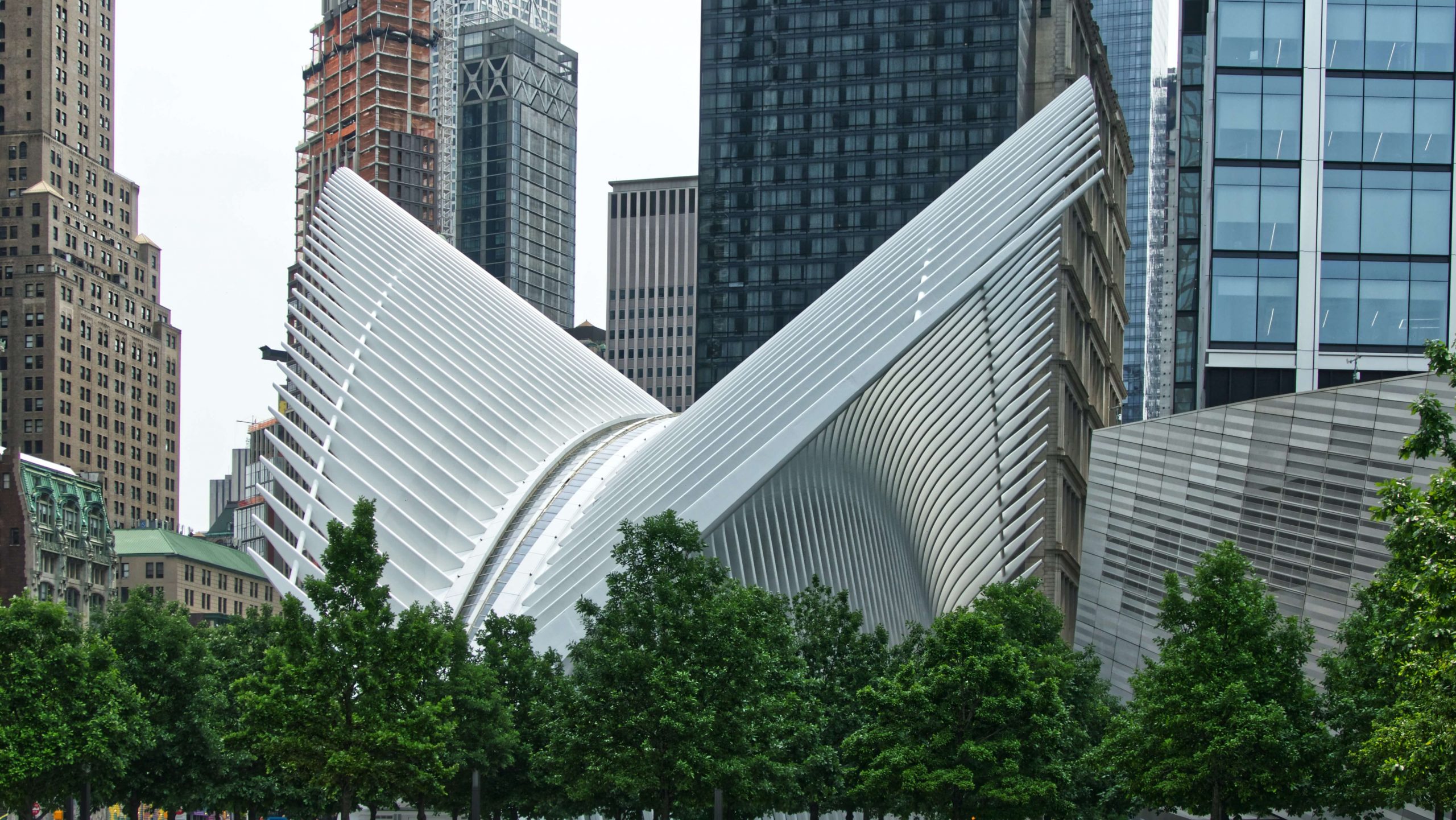 The new World Trade Center is still very much growing and changing, and the visitors the Oculus was meant to attract are coming in more and more each year.

In response to this demand, more shops have opened, pop-up retail events have started, and the area is more active than ever. From farmers markets to art exhibits to musical performances, each day is different than the one before.

When you visit the memorial and see the image of the Oculus — stark white against the dark and towering skyscrapers — you can’t help but feel the emotions of the site. But it goes beyond the feeling of remembrance to remind us that, even in the face of devastation, there is hope. As a country and a city, we must move forward and rebuild. The Oculus is certainly a great example of this.

Interested in exploring the Oculus for yourself? Join us on a 9/11 Ground Zero tour and see the new World Trade Center in person. Our expert guides will take you through the journey of rebuilding from the ground up and share personal stories of their experience of September 11. 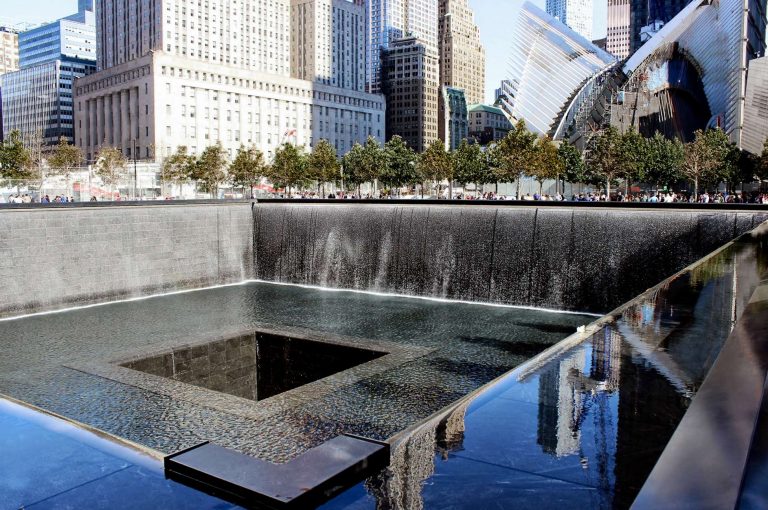 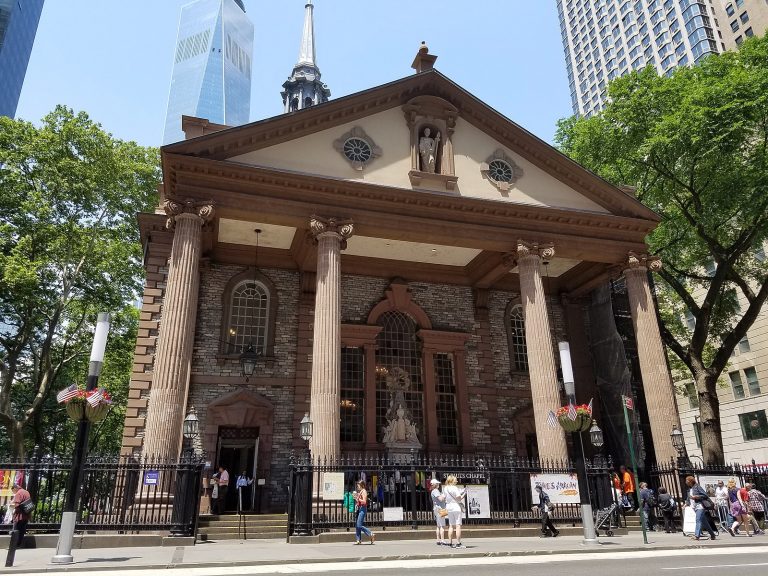 The Story of Saint Paul’s Chapel: A 9/11 Sanctuary